Fluoroquinolone Community Goes to the FDA

On April 23th, 2015, a group from within the Fluoroquinolone community, consisting of Terry Aston, John Fratti, Linda Martin, David Melvin, and Alan Redd, held a conference with Officials from the FDA to push for mitochondrial warnings to be placed on Fluoroquinolone labels.

The FQ members met with the FDA as a concerned group of private citizens, not sponsored by any

Our group was invited by the FDA to present our arguments to a panel of FDA Officials that included a Medical Doctor, Pharmacist, and other agency Officials. During the hour long meeting, the group presented information that included, but was not limited to:

The FDA was encouraged to work in conjunction with the Fluoroquinolone community, to act on the Citizen’s Petitions submitted to the FDA by Dr. Charles Bennett and SONAR in June 2014, and to immediately place wording consistent with the Citizen’s Petition about mitochondrial warnings on the Fluoroquinolone label. The significant number of lives that could be saved by acting immediately was stressed several throughout the conference.

Legal restrictions prohibited the FDA from openly discussion the current Citizen Petitions concerning Fluoroquinolones, however, there were no limits placed on the scope of our presentation 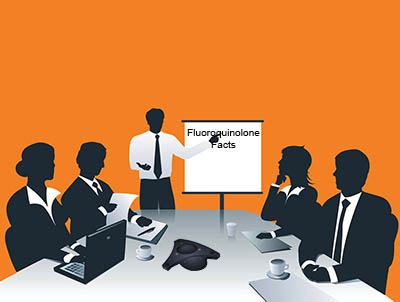 The FDA’s Medical Doctor, present at the meeting, stated that this was the most compelling and comprehensive presentation they have seen by a group of patients. The FDA Officials were also moved by the stories of suffering experienced by the myriad of Fluoroquinolone victims, in addition to the individual stories compiled in the FQ DC Rally Story Book 2014 that was presented to the FDA Officials before the conference.

Like the nationwide media, the FDA was encouraged to monitor the website Fluoroquinolone Stories (www.fluoroquinolonestories.com) for additional personal FQ stories, so it is vitally important to share your story on this website if you have not done so.

We believe that this meeting, in addition to the extensive media attention, offers the best hope for action by the FDA on Fluoroquinolones to date.

Our presentation and our call to action to the FDA is now part of the official government record. We will be watching closely for the FDA’s response. We are currently working on further plans to insure consistent attention and pressure be brought to bear on this extremely important issue with the FDA.

Stayed tuned to My Quin story for timely updates on our interactions with the FDA, Dr. Bennett and the Citizen Petition, and community related research.

About the Author: Admin

David experienced an adverse event to the the fluoroquinolone Levaquin in 2007 at age 46. Prior to, he was a healthy law enforcement official. Now, disabled with drug induced mitochondrial disease/dysfunction, he is an FQ patient safety advocate, citizen scientist, FQ researcher, author, and commentator. He has contributed to case studies and published academic papers on the FQ’s in the BMJ, European Journal of Medicine, The Journal of Community and Supportive Oncology, Oxford Academic Clinical infectious Diseases, and contributed data to many more outlets.

My Quin Story on the Web